The second Saturday of June is celebrated the world over as World Gin Day. Why Saturday? So that one has Sunday to recover from the hangover. World Gin Day is all about gin lovers coming together and celebrating with a lot of gin and tonic. If you don’t understand all this getting together to get drunk, just treat it as your excuse to get drunk today. Check out the best and funniest quotes on gin and tonic below. 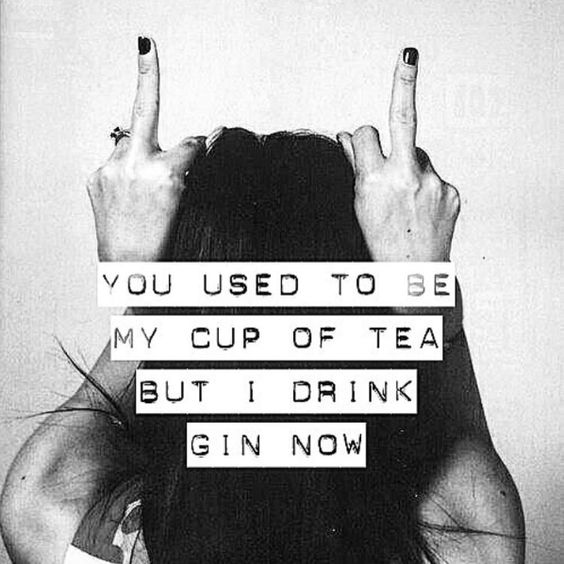 I haven’t really been a single guy. Way back in class nine, a classmate of mine proposed to me with a single sentence written in a double-ruled piece of paper torn from her notebook and changed my destiny forever. The girl had written: ‘I Love you!’

Having tasted blood so young, it was difficult to live without a girl friend after that – the result, I always had a girl with me. Pretty or ugly, intelligent or stupid….doesn’t matter after so many years. Naturally, there was no need for me to visit schools, colleges, parks, or nightclubs to pick up girls. In fact, I had never really visited any singles bars till I was 35 years old.

You probably don’t know but by mid-thirties a married man is only seen as a money making machine. You think ATM means ‘All Time Money’ or ‘Automatic Teller Machine’? To be honest, ATM means “A Thirty’s Man”.

By mid-thirties the parents have given up on you, wife has started ignoring you, and your kid starts believing that you are the designated driver of the household. Ask any mid-thirties man and he would agree. If he refuses, ask him again and watch him breakdown into tears. If after the second attempt the man still doesn’t breakdown, inform the police immediately. Chances are he has killed his whole family and buried them in the backyard of the house.

Anyway, coming back to when I was 35 years old, I was getting lonely. Work in office was exciting….but that didn’t mean that my colleagues were coming back home with me. This results in a real low for active men like me. Want to know the symptoms of a man going thro’ a low – look out for a man in front of television watching sport. I know every man watches sport (some with beer) almost every day – yes, so we go through lows every day. The higher your age, the lower you go.

During one such lows, I heard an angel speaking. The angel was none other than my wife:
“Rajan, I am thinking of taking the kids and spending 15 days each with your mom and my mother.”

“Does tomorrow sound too soon?” She enquired, as if waiting for my approval.

“Sure why not.” I was trying to hide my smile. And suppress my urge to jump out of the sofa and shout out my excitement.

“Good to know that you agree. I have already booked my tickets – so will be away for almost a month days.” Rekha replied.

I was happy. But I also saw an opportunity to extend this happiness for beyond 30 days. I immediately shot back: “Only 30 days? Isn’t our daughter celebrating a 45-day-vacation?”

“Stay 10 more days with your mother and add five days to your stay with my mother – and you have a 45 day vacation.”

Rekha readily agreed. And I had won myself 45 days of freedom. At the speed at which today’s kids operate in these 45 days I could fall in love with somebody, have a kid and separate as well.

In a jiffy Rekha and Rhea were gone from my life. On day 1, I was ecstatic….I filled up my fridge with beer, stocked my Whiskeys and Vodkas, bought all kinds of potato chips that Rekha didn’t allow in the house house, stocked up on KFC Chicken on which we had an embargo under Rekha’s rule and what not. Every rule designed and implemented in my house to ensure I didn’t derive any pleasure in my life was broken. I was no longer under the rule of Idi Amin.

On Day 2, I called my friends for a party and they promptly landed.

On Day 3, I called my friends again and they promptly refused. Apparently, it gets boring to party in the same place every day. I just reminded them that they were getting up beside the same woman for the last decade or so, smirked and kept the phone down.

On Day 4, I decided to go to a singles bar. My first stop was a singles bar in Sector 29 in Gurgaon (wouldn’t want to name it for fear of a defamation case).

Call it inexperience but I landed at this Singles Bar as early as 7 pm. I hadn’t realized that in the last 15 years pubbing had changed – people now didn’t have to get back home before 9 pm.

Having already made the trip, I decided to have a few beers and hang around. At around 11 pm, the place started to fill up. At first it was only men who entered and loitered about. Many like me were concerned that there weren’t enough women in the place.

Around 11.30 women started coming in. They were delayed perhaps because they had to ensure that their kids, parents…and husbands had gone to bed.

There is a good reason why these singles bars are dark. It was plain difficult to see the women who had entered. It was almost as if I were a Batman, who in spite of being a super hero has only had to deal with silhouettes in his life.

I tried to strike a conversation with a woman who was sitting next to me and drinking like the World was about to end, and as if she had promised Gabriel that when she next met him at the heaven’s gates she would be sloshed.

“Hi, what are you thinking?” I asked.

“No…no…I asked what are you thinking?” I repeated for her convenience.

Now, I have been to singles bars in most cities in India – Delhi, Gurgaon, Mumbai, Bangalore and Chennai – and they all had loud music. I think this is for two reasons – so that one gets the feel that the conversations are going on long and nice (due to all the repeating) and so you don’t realize how hoarse or non-sexy the woman sounds till you hear her say ‘Good Morning!’ in your bed the next day.

“About my ex-husband.” Finally the lady understood and replied.

“Yes…this whiskey was bought from the last money I had.”

“Shucks…that’s bad. No alimony?” I was under the impression the women almost always ended up with a nice, fat alimony.

“That’s good. You can probably sell the house and make some money.” I wasn’t liking the direction the conversation was taking but I considered it foreplay.

“That’s painful. Not thinking of re-marriage?” Now I really wanted to finish this conversation and move on to the next lady.

“I did try. My bad luck, on a blind date session thro’ a website I landed with my ex-husband.”

I couldn’t take it any longer. On the pretext of visiting the washroom, I moved to another area of a singles bar. In the dark, sat a girl (or a woman, if you will!) in her mid 20s staring at the lights above her head.

“Is this seat taken?” I asked.

“The seat is available. Only my heart was taken. Ripped apart, I must say.”

“Ex-husband?” I tried to show sympathy.

“Why did he rip your heart out…I mean what happened?” Showing of sympathy continued.

“He is a heart Surgeon with Apollo hospitals you see…he does this for a living. I should have known.” There was sarcasm in her voice…sarcasm dipped in a lot of alcohol.

“Why didn’t it work out? I mean, you look pretty and intelligent?!” In my 20 years of flirting, I have realized that no woman can resist being called pretty. And if you add ‘intelligent’ to the sentence your chances of getting laid increase by 25%.

“We weren’t compatible at all….don’t know why I even pursued him for six months.” The lady motioned the waiter to get her a refill.

I was not liking how this conversation was going and needed another drink to continue my sympathies – and motioned for a refill. In the last 30 minutes I had already felt like Mother Teresa twice.

With nothing to ask her, I pursued the same angle: “Why, what was wrong?”

“Like I said we were incompatible. I am a Gemini and he was an asshole.”

At this moment, I got up and said I had remembered an important errand and excused myself. It was still 11.30 pm and if I rushed back home straight I was sure I could watch a movie before going to bed. Ever since that fateful day, I have never been to a singles bar to pick up or hookup with women.

Note: Within a week I was bored and was willing to give up on my independence in return for having my wife and daughter back.